Sixteen years ago, April 10th happened to be Good Friday. It was also the day my husband, Bill, died. Today, April 10th is just an ordinary Thursday and beginning to feel like Spring, but I want to write about that Good Friday anyway.

Every fall when the temperature hovers near freezing, son Gunnar takes the pier out, son Bill drains the pipes and I clean out the fridge. Only three things remain to be done – scatter a few moth balls, turn off gas and electricity – and leave my end of summer note: 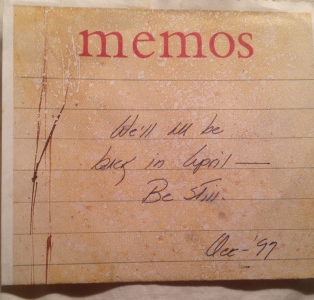 Only Bill didn’t return in April that Spring 0f ’98

In May of ’97 we learned that he had colon cancer, followed by three surgeries, a long anticipated November hunting trip to Wyoming with son, Bill, and rounds of chemo when he got back. With only one left, and feeling happily optimistic, he and Bill shared his last weekend fishing on the Mississippi. Gunnar had just come home with the end of hockey season, and a few days later Bill had a massive stroke. In the ER he held my daughter Betsy’s eyes as the doctor explained that the clot buster TRC could possibly reverse the stroke or cause his death. And that, it did. 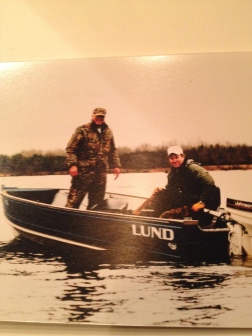 Life resumes, and every year Spring does arrive in April, but the missing him is always tucked inside all of us.

I look forward now to telling my grandkids how well he lived his 63 years, knowing that someday I’m going to catch up to him and his whole strong self.

Welcome to Chuckysueslastdance, Here, you will find what I have on my mind, and in my 79 year old memory, that is happily still intact. I like to write, and I hope you will like to read what I have to say. To learn more, see About and say hello... 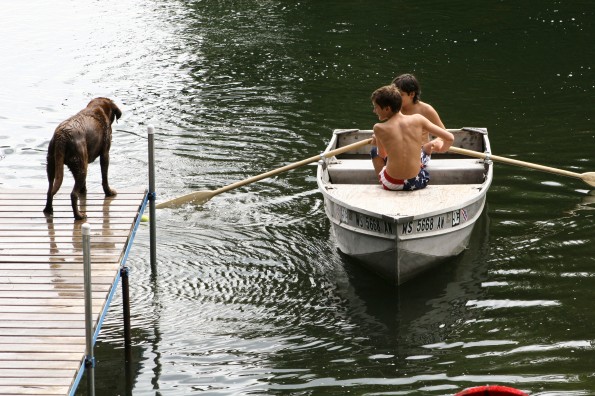 The Art and Craft of Blogging

A trip through life with fingers crossed and eternal optimism.

Taking the journey, bumps and all

the wind and i just come and go

Once Upon Your Prime

Where You Live Happily Ever Laughter!

greatsnaps, goodtimes and me
Sass & Balderdash
Boomerrantz
The Snail on the Wall

Perspectives on Literature and Life, by Lady Vowell Smith

Pursuit of a Joyful Life

A Collection of Musings

A funny outlook on everyday issues